Jaguar Land Rover is a worldwide manufacturer of iconic, luxury cars. Throughout our design and installation, the finish was important, to fit within the look and feel of the brand and culture, but also to protect their valuable cars from any damage.

The nature of this site means there is a constant high flow of traffic; not only HGVs bringing in new cars, but also the staff traffic flow. JLR opened a staff car park to help manage the traffic, but this presented new problems. HGVs were getting wedged in the 5m high entrances. Shift workers would attempt short cuts in a haste to get out and in, which was dangerous and also caused some vehicles to get stuck.

Within the ‘trim and finish’ hall, there are multiple activities going on, including machinery and conveyor systems, plus the logistical operations. An entire wall of roller shutter doors presented a constant safety concern. With vehicles driving and reversing into this area, there were pedestrian walkways required in between each gap.

We installed a traffic safety and flow system that helped the logistics of the traffic and, most importantly, made the car park area safe. Height clatter bars – so vehicles can ‘hear’ the danger before the inevitable happens – has been a brilliant resolution and prevented any further incidents. Tyre spikes enforced a one-way system and prevented the short cuts, which was previously causing dangerous traffic scenarios.

We introduced a pedestrian walkway system. The design incorporates gates at either end of the walkway, which requires the pedestrian to pull the gate towards them. This simple action gives them extra time to see if a vehicle is coming, without making the mistake of walking onto oncoming traffic. Brandsafe also installed column protection to prevent vehicle damage.

Jaguar Land Rover are very happy with their pedestrian walkway system, which was sympathetically designed to fit within the aesthetics of their plant. Most of all, the safety concern is now removed, with JLR confident their workforce can safely move between the production and logistics areas.

Now, at JLR, Solihull, there is an enforced one-way traffic system, with multiple safety features that have prevented accidents and damage to people and vehicles, while ensuring a holistic (and not chaotic) traffic flow. 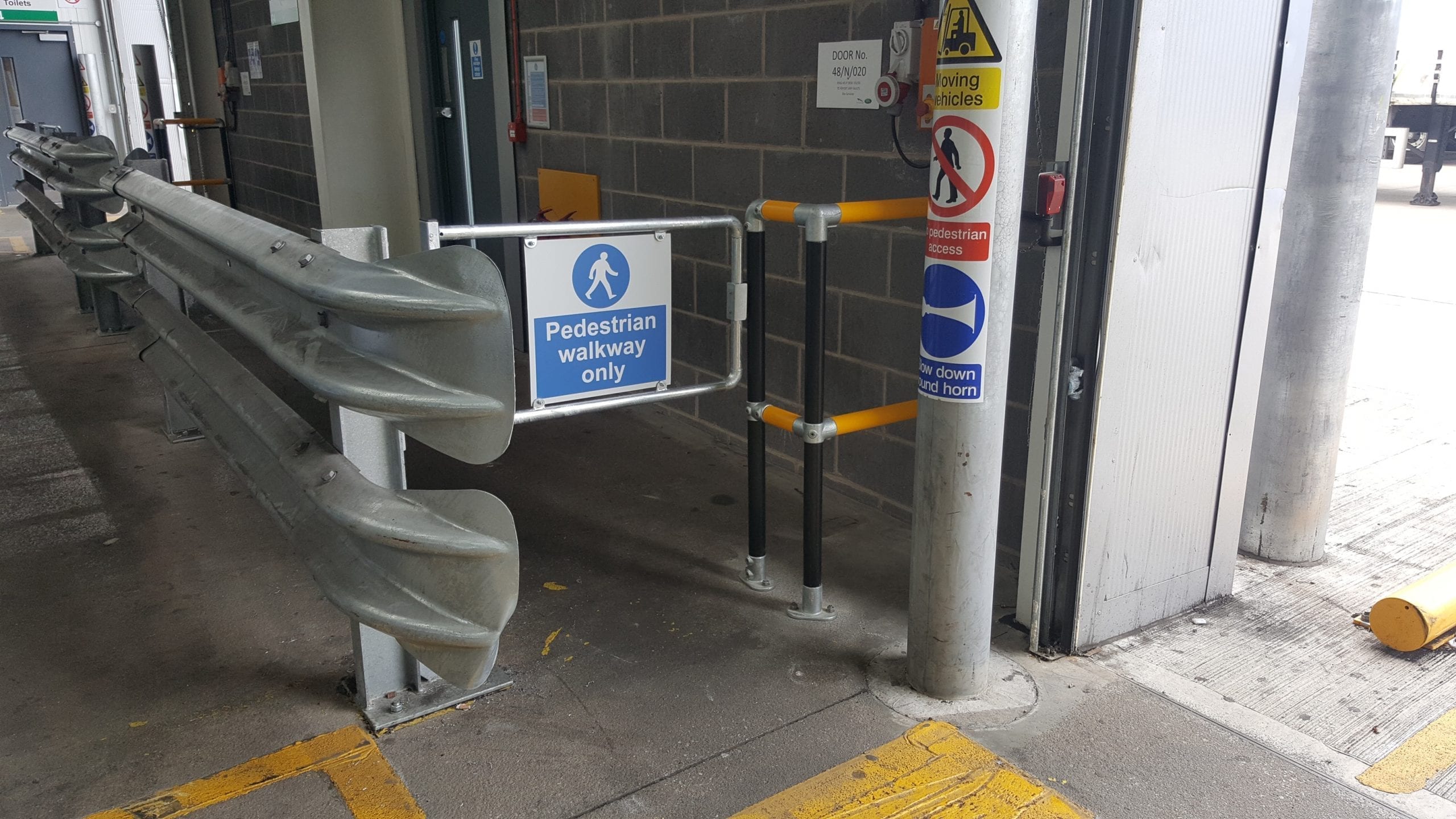 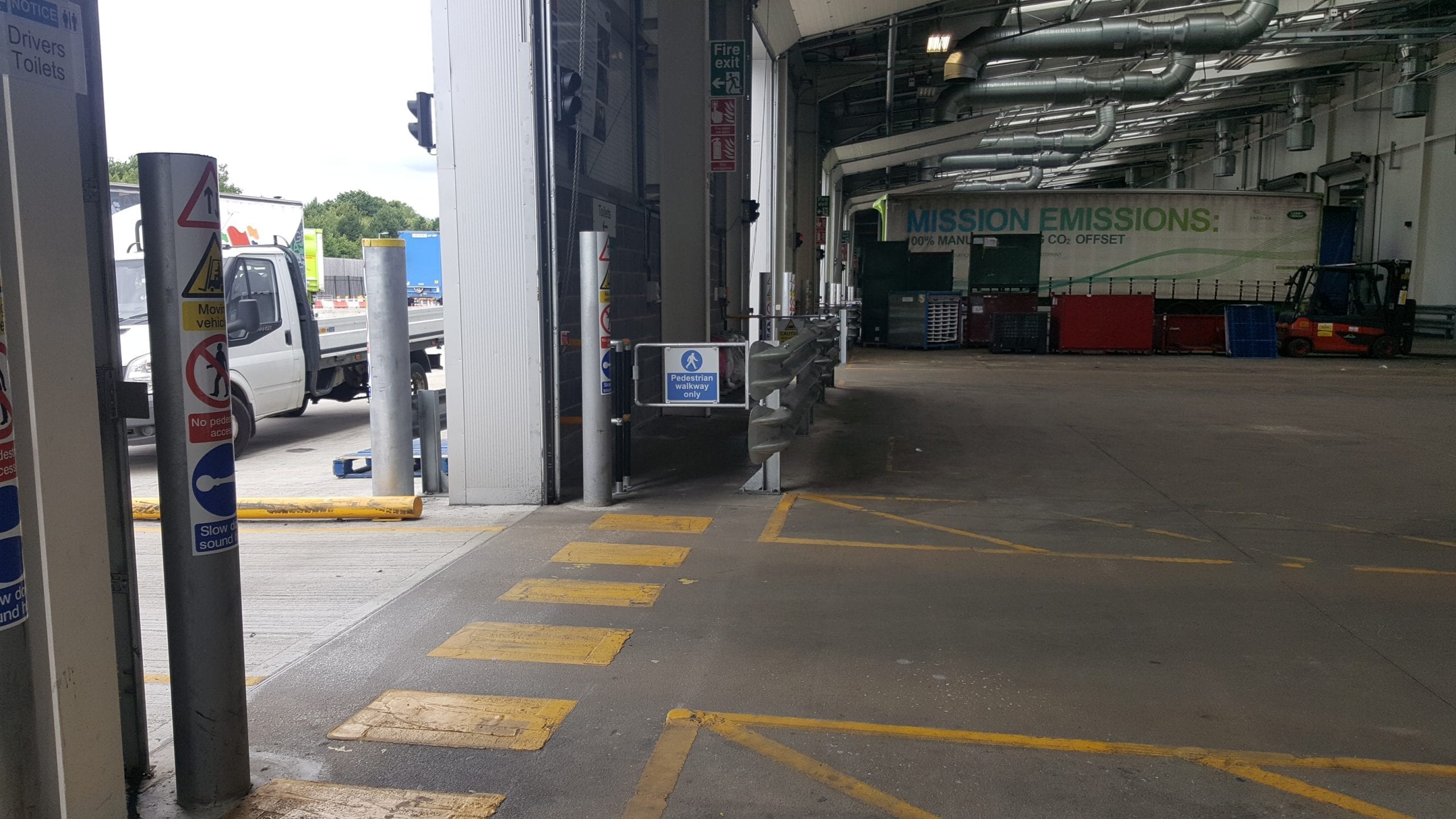 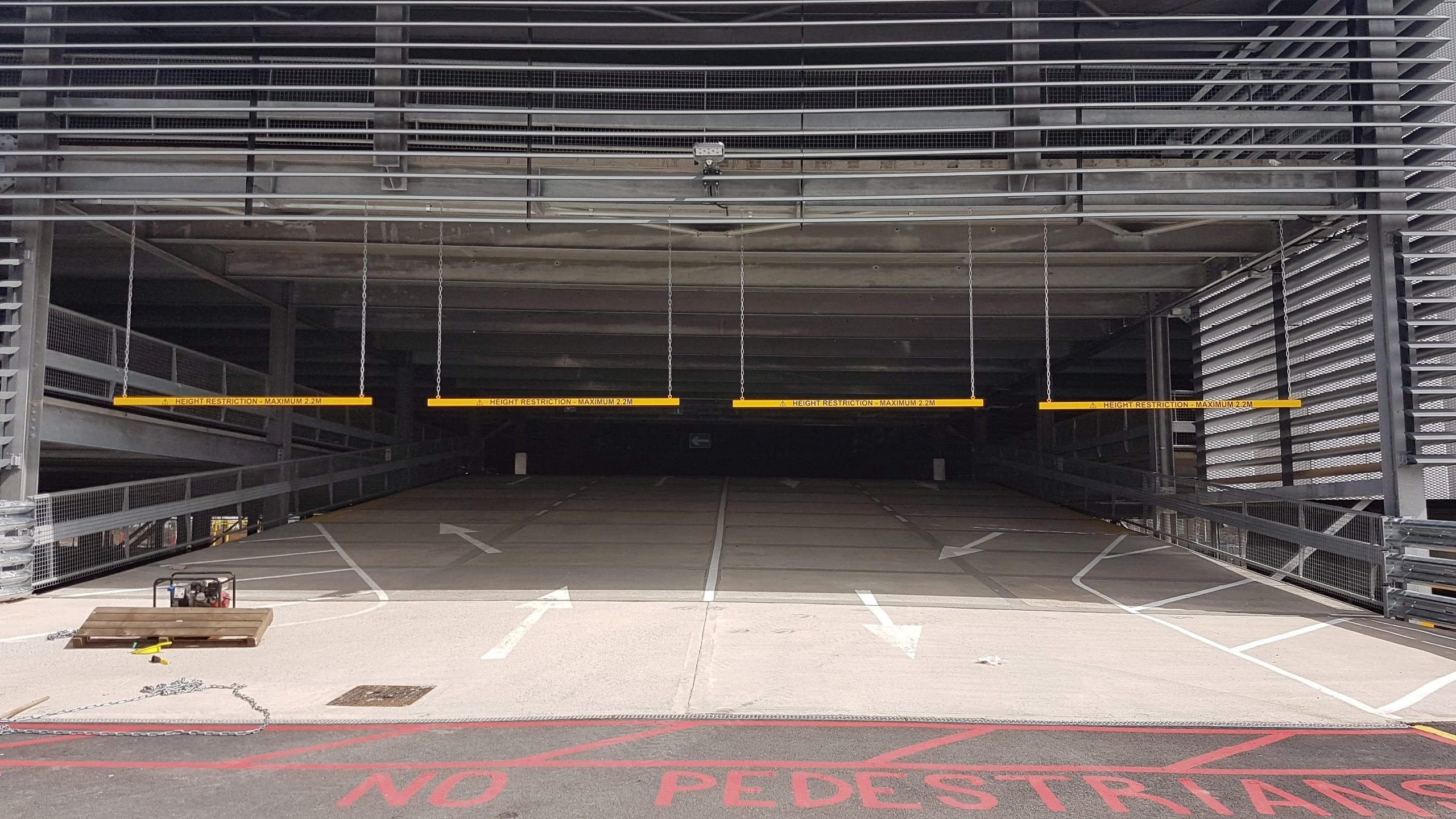 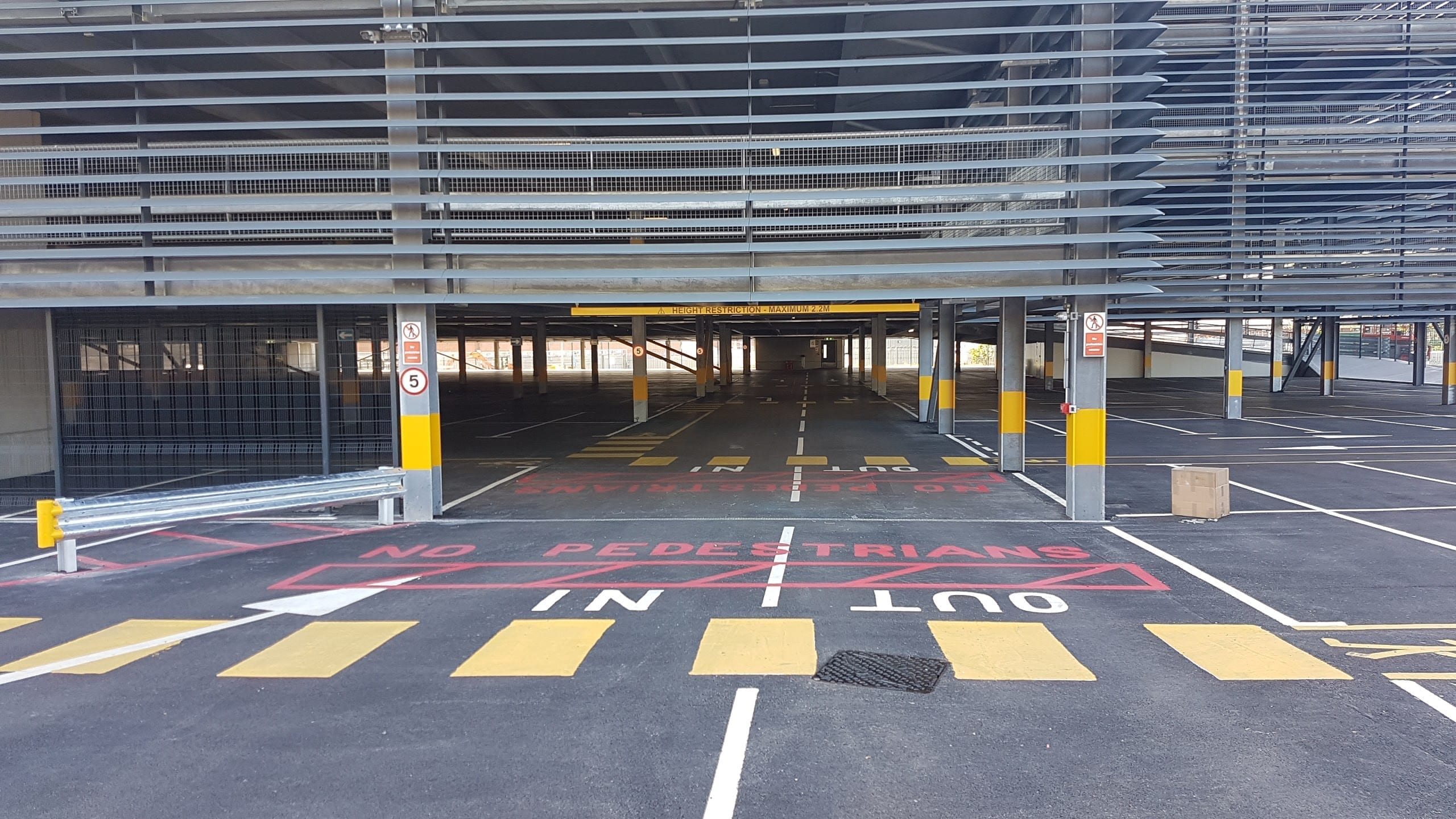 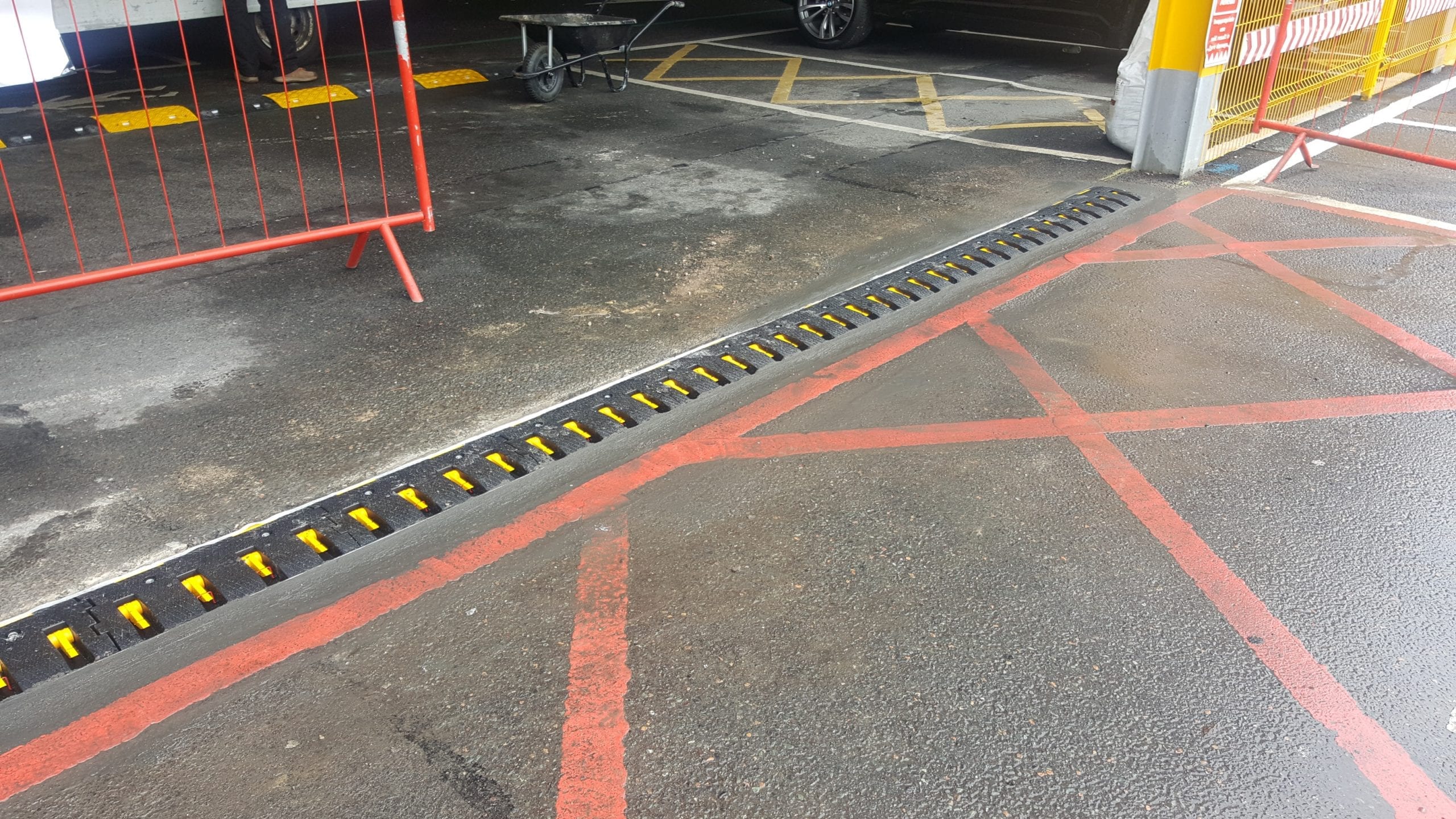 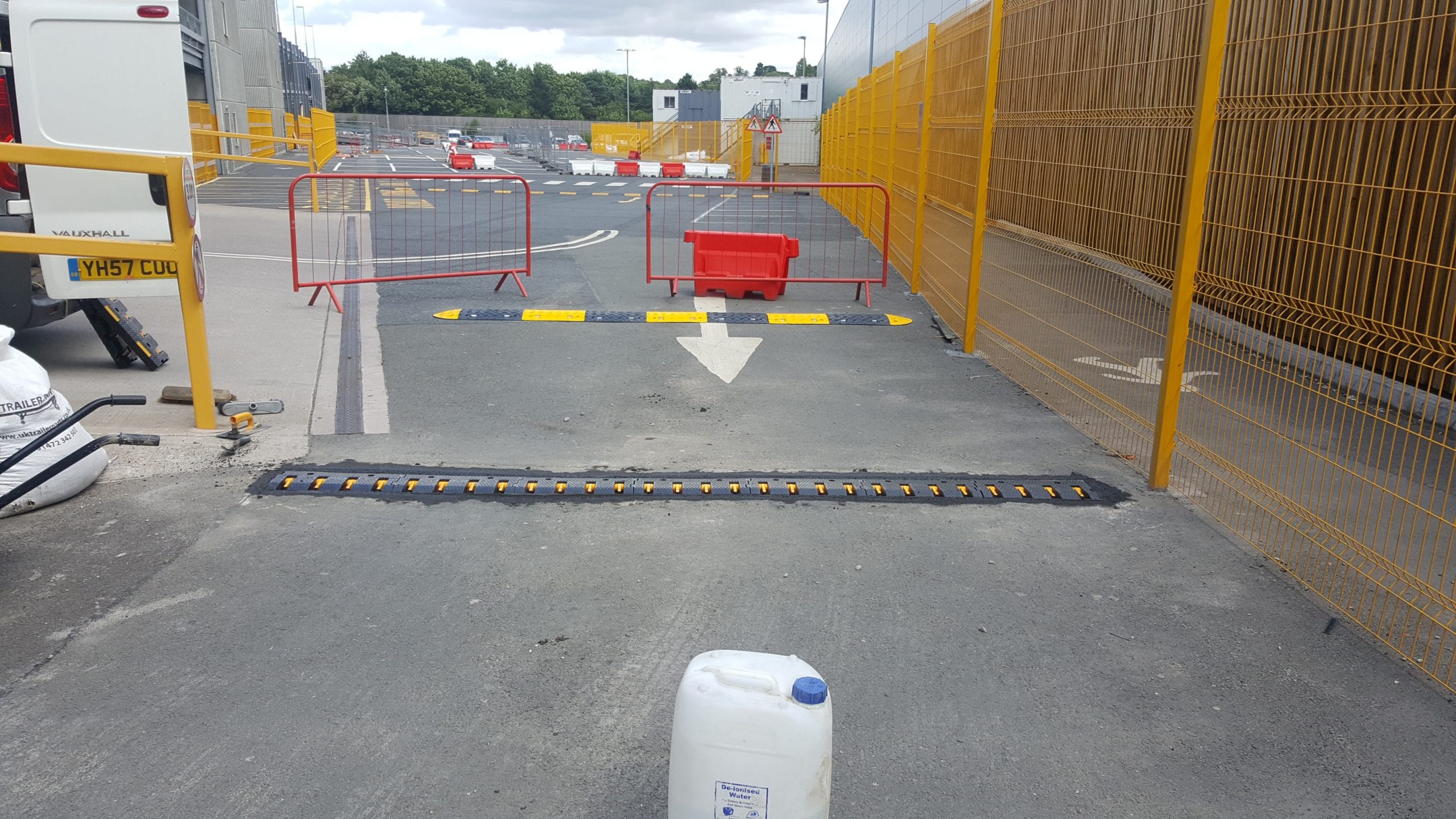 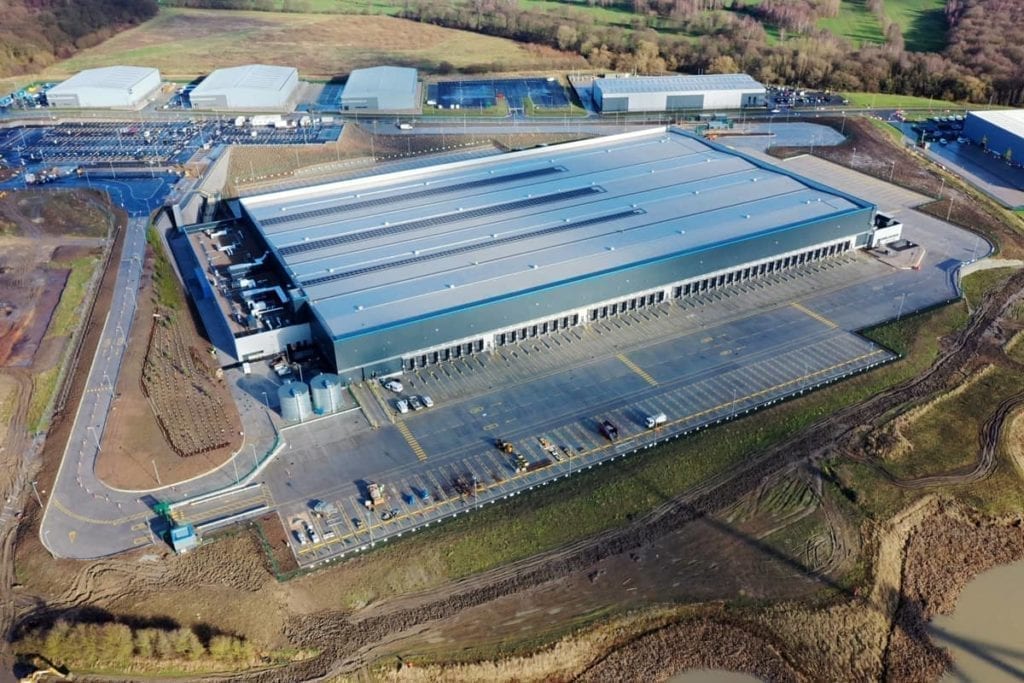 Amazon Leeds is a 361,000 sq. ft. distribution and logistics hub at the Logic Leeds development 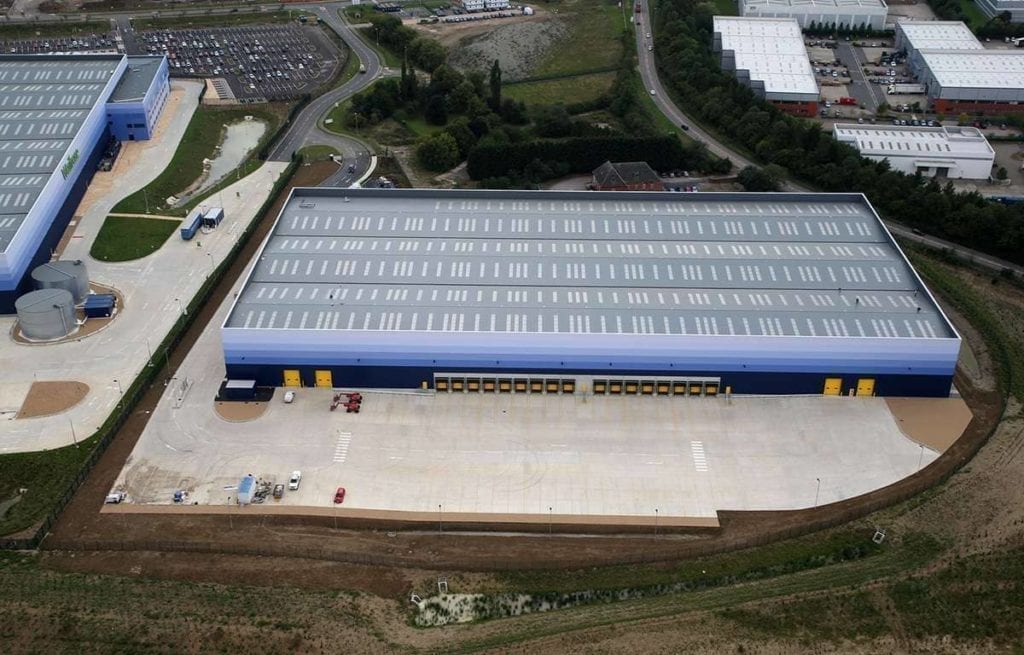 Situated at the expansive Magna Park development in Milton Keynes, Latitude is a 186,443 sq. ft. logistics warehouse in an ideal location for distribution 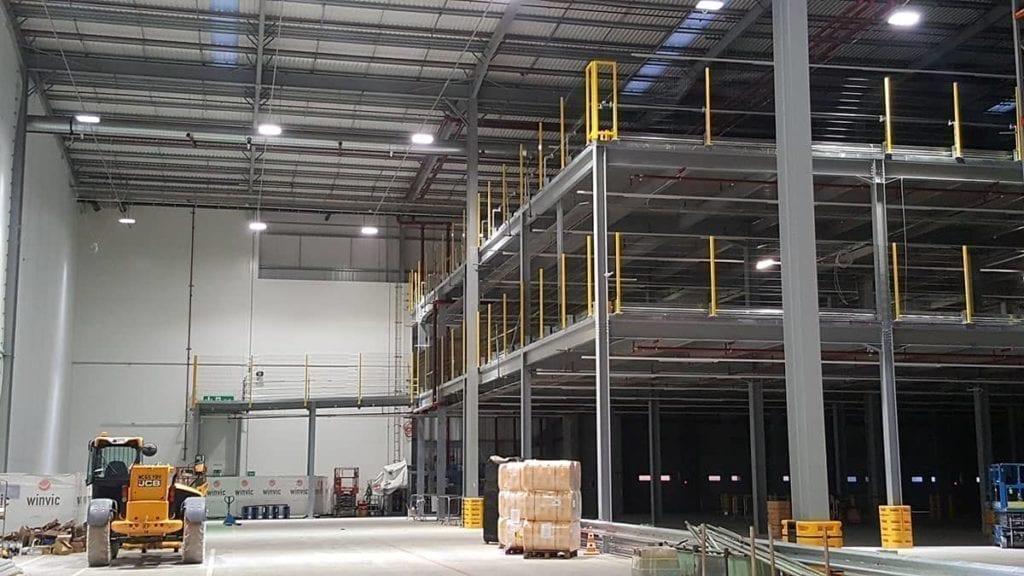 Marks & Spencer are a major high street retailer. The distribution centre is vast and they have installed a three-floor mezzanine within this building to increase capacity